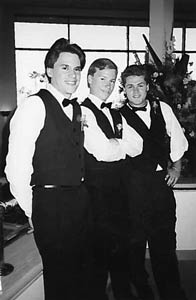 Mark Steele was born and raised in the restaurant business. He has worked since an early age at the Steele’s family restaurants, including, The Aristocrat. The Aristocrat received recognition as Las Vegas Review Journal’s, Best of Las Vegas’ Gourmet Restaurant, in their inaugural awards in 1982.
Mark spent his free time after school and during his summers working in the family business. He attended USC for Civil Engineering and UNLV for Economics. However, his passion was for education in food, wine, and service.
Mark united with two other prestigious families, the Wynns and Maccionis, in 1998 in the opening of, Circo, in Bellagio. Circo won the 2003 Epicurean for Best Restaurant on the Strip. Mark worked alongside several master sommeliers that mentored him in evolving his wine education.
Mark’s desire to further progress his career and tackle new challenges lead him to join the China Grill team at Red Square. Mark oversaw the liquor program and won an Epicurean for his cocktail list and a Wine Spectator award for his wine list, in a venue specializing in 120 vodkas. During his tenure with China Grill, he implemented and taught a weekly wine training seminar to anyone wanting to attend.
Mark continued to climb the ladder of success and opened Bellagio’s extremely successful restaurant, FIX, in 2004. FIX was the cornerstone of numerous future restaurants for The Light Group.
Mark proved to have a knack in opening successful venues, this lead him to join Pure Management Group (PMG) in 2005. He was exposed at an elite level to the bar and nightclub industry. He excelled in a diversity of roles, acting as General Manager, or Project Leader with ten PMG projects, including Pure nightclub, voted, Best Nightclub, in 2006 by E! Television.
Social House received awards in 2007 as, The Best New Restaurant in Las Vegas, by all three local publications that offer this award. Company American Bistro was honored 2008’s, Best New Restaurant in Las Vegas, award. His tenure at PMG paved the way for Mark to open and run restaurants, nightclubs, burlesque lounges, and pool clubs.
Mark received personal acclaim being awarded a “Name You Need to Know” by Las Vegas Food and Beverage magazine in 2007. He has been interviewed several times by national and international publications and broadcasts including, 944 magazine, FOX 5, and People.com. 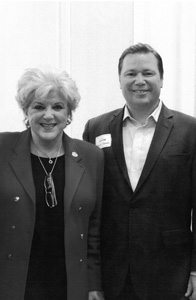 In 2009, Mark ventured across the Las Vegas Strip to open, Encore, with Mr. Wynn and Mrs. Elizabeth Blau. He opened Society Café; the only breakfast restaurant in Encore that adhered to Mobil Five Star rating. Society Café was awarded, Top 10 Best New Restaurants in the USA, by Esquire magazine.
Mark continued to reach for the stars as he longed to open and run a larger, free standing business. He accomplished this goal by overseeing the operations, hiring, training, and leadership for Cabo Wabo Cantina and Sugar Factory American Brasserie, 120 and 400 employees respectively. Both venues were diverse and extraordinarily successful generating extremely significant revenue and profits.
In 2012, Mark became the point person for training and leadership at Light Group’s Red Square and Citizens Kitchen and Bar and assisted in re-launching these new restaurants.
Mark has strived to build his portfolio and be challenged by diverse projects. He attributes his remarkable success with every project, challenge, opening and training to having an impeccable work ethic, dedication, and motivation to constantly further his education and success in the restaurant industry. Mark has worked with some of the greatest chefs, restaurateurs and nightclub operators in the entire world.
Mark is elated to share his passion and knowledge in food, wine, and service with RHI students. He looks forward to building partnerships with clients to identify their ideal food server employees to create a mutually beneficial relationship and ultimately increase venue revenue and profits.